Dropout Neville Lister accompanies acclaimed photographer Saul Auerbach for a day, to learn a lesson for life. They play a game: from a hill above Johannesburg they pick three houses and decide to knock on their doors in search of a story. Auerbach’s images of the first two will become classic portraits, but soon the light fades. Lister only reaches the third house decades later, returning to post-apartheid South Africa and a Johannesburg altered almost beyond recognition. How to live when estranged from your birthplace?
Double Negative captures an ordinary life during South Africa’s extraordinary revolution in a lucid portrait of a city and its people. 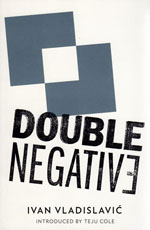 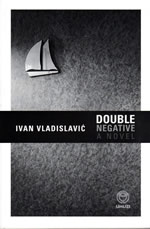 EXTRACT
Beneath us, along the spine of the Reef, the land lay open like a book. Auerbach pointed out townships and suburbs, hostels and factories, mine dumps and slimes dams. His pleasure in the exercise was infectious. Brookes took some noisy photographs and hopped about, laughing and steaming. He was redder than before. He looked as if he had just got out of a scalding shower and stepped straight into his clothes.
We followed our guide back through the grass. Brookes fetched the paper bag and opened a Fanta orange for each of us, and we sat on the rocks looking out over Bez Valley like a gang of schoolboys playing truant. William and Henry and Ginger. A drowsy calm descended. It was a relief after the movement and chatter of the past few hours. I felt that I was swaying slightly, the way you do after a long journey when the bubble in an internal spirit level keeps rocking even though your body has come to rest. I could almost have dozed off.
The slopes below were dotted with black wattle and sisal. Beyond them the houses began, first the side streets that ran dead against the ridge and then the long avenues that streamed away to the east, dragging your eye through a wrack of rooftops and chimneys in the green foam of oaks and planes, all the way out to Kempton Park where the elephantine cooling towers of the Kelvin Power Station stood on the horizon.
Stunned by the sunlight, we slumped against the rock with our faces turned to the sky, while Auerbach spoke about the history of the valley and the people who had lived there as it passed from gentility to squalor and back again. You could still see some of the grand mansions on the opposite slope. Down in the dip, there were houses that went back to the beginnings of the city, that had survived the cycles of slum clearance and gentrification and renewed decline.
‘You think it would simplify things, looking down from up here,’ he went on, ‘but it has the opposite effect on me. If I try to imagine the lives going on in all these houses, the domestic dramas, the family sagas, it seems impossibly complicated. How could you ever do justice to something so rich in detail? You couldn’t do it in a novel, let alone a photograph.’ 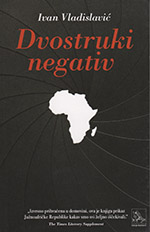 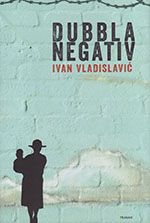 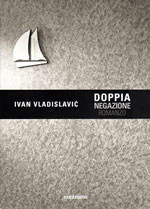 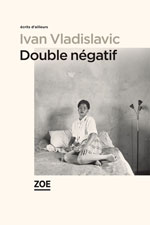