This dazzling portrait of Johannesburg is one of the most haunting, poetic pieces of reportage about a metropolis since Suketu Mehta’s Maximum City. Through precisely crafted snapshots, Vladislavić observes the unpredictable, day-to-day transformation of his embattled city: the homeless using manholes as cupboards; a public statue slowly cannibalized for scrap. Most poignantly he charts the small, devastating changes along the post-apartheid streets: walls grow higher, neighbourhoods are gated, the keys multiply. Security – insecurity? – is the growth industry. 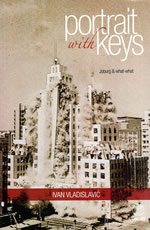 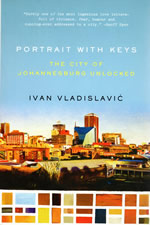 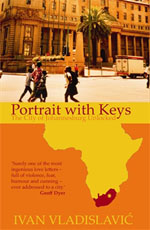 EXTRACT
Johannesburg is justly renowned for its scenic waterways. The finest body of water in my part of town is generally held to be the pond at Rhodes Park, established when the city was young on the site of an existing vlei, but I have always preferred Bruma Lake, which replaced the old sewage treatment works on the banks of the Jukskei. When the lake was first excavated in the eighties, as the focal point for a new shopping centre, there were teething troubles: the Jukskei kept washing down garbage and clogging the drainage system. Not long after the grand opening they had to drain the water to make modifications to the filters, and the system has worked well ever since. In 2000 and 2001, when the Bruma serial killers were at work in the eastern suburbs, the bodies of several men were discovered in the water, and the police had the lake drained to search for clues. It was a salutary reminder that the lake was artificial, that it was nothing but a reservoir lined with plastic. There was something fiercely reassuring about that reeking muddy hole in the ground, and it was almost a pity when the frogmen and the waders in gumboots had finished scouring the silty bottom, in vain, and the thing could be filled up with water again.
In Johannesburg, the Venice of the South, the backdrop is always a man-made one. We have planted a forest the birds endorse. For hills, we have mine dumps covered with grass. We do not wait for time and the elements to weather us, we change the scenery ourselves, to suit our moods. Nature is for other people, in other places. We are happy taking the air on the Randburg Waterfront, with its pasteboard wharves and masts, or watching the plastic ducks bob in the stream at Montecasino, or eating our surf ’n turf on Cleopatra’s Barge in the middle of Caesar’s.
When Bruma Lake was brimming again and the worst of the stench had dispersed, Minky and I had supper down on the quay at Fishermen’s Village. Afterwards we took a stroll over the little pedestrian replica of the Golden Gate Bridge, with its stays and cables picked out in lights, and watched the reflections dancing on the dead water. 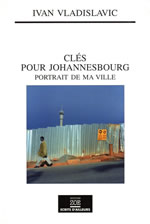 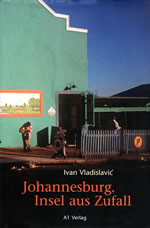 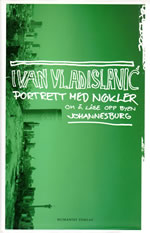 COMMENTARY
Jan Morris in the Guardian on Portrait with Keys
See the article at www.theguardian.com