One quiet evening, somewhere in the old South Africa, the settled existence of Mr and Mrs Malgas is disrupted by the arrival on the plot next door of a stranger with a plan. Under the curious gaze of his neighbours, Nieuwenhuizen sets about clearing the land of vegetation. Soon he is marking out the ground plan of an elaborate mansion with nails and string. Mr Malgas cannot keep his distance for long. 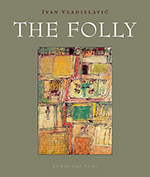 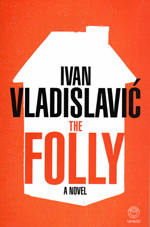 EXTRACT
The long shadow of Nieuwenhuizen’s forefinger brushed over the smooth heads of the nails, weaving a web of diaphanous intent in which Malgas was willingly ensnared and cocooned. Nieuwenhuizen’s hand, moving now with the delicate poise of a spirit-level, now with the brute force of a bulldozer blade, levelled terraces and threw up embankments, laid paving and plastered walls. With a touch, his skittery fingers could open a tracery of light and air in a concrete slab, and through it his papery palms would waft a sea breeze laden with salt and the fruity scents of the orchard. Apricot, blueberry, coconut milk. He made it seem so simple.
He began with the situation and dimensions of the rooms, which were many and various. Then he took the rooms one at a time and elaborated on the location of doors and windows, built-in cupboards, electricity outlets, switches and light fixtures. He catalogued special features, such as burglarproofing, air-conditioning and knotty-pine ceilings. He dwelt upon the observation deck, the rumpus room and the bomb shelter, all of which, he assured Malgas, had an integral place in the conception.
‘Fascinating,’ said Malgas, shaking off the narcotic effects of the presentation. ‘But I must admit that I still can’t really see it. There’s no point in lying about it, is there?’
‘Of course not. You’re finding it heavy going because the plan isn’t quite finished; we’ve still got to join up the dots. When that’s done it will all become clear. For the time being, don’t lose heart, and practise, practise, practise. You know what they say.’
‘I’ll try. But I feel so clumsy.’
‘Let me give you a tip. I find that it helps if I … I shouldn’t be telling you this, I’m rushing you again. Let’s wait until you begin to see on your own.’
‘No, no, please go on,’ Malgas pleaded, ‘I’ll stop you if it’s too much too soon.’
‘Just say when. I find that it helps if I think along the following lines: layers, levels; colour schemes, cutaway views and cross-sections; also surfaces and sheens; and last but not least, varnishes and veneers. Consider: the letter-box of the new house. No minor detail, this.   The letter-box. Not exactly a replica of the new house itself, not exactly a scale model, that’s too obvious, but … reminiscent. An Alpine chalet, of the kind you associate with the better sort of pleasure resort, but not thatched. A roof of painted metal, red, but faded to a cooldrink colour, strawberry – no, that’s not it – faded to a – yes, this is good – to a pale shade of mercurochrome, a grazed knee after two or three baths, and just beginning to blister. The rusty door, for example, yes, I like this too, the rusty door has the scabrous texture of a cold sore. No, no: impetigo. Are you with me? You open the door, scree, you look in, the walls are galvanized, hygienic, hard-wearing and maintenance-free. There’s a letter in the box, a tilted plane of pure white, you reach in, your hand glides over the floorboards, tongued and grooved meranti, sealed against the elements, yes –’
‘When.’ 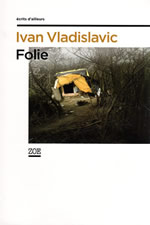 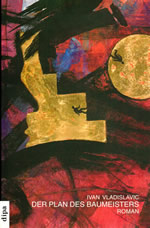