It is 1993, andAubrey Tearle’s world is shutting down. He has recently retired from a lifetime of proofreading telephone directories. His favourite haunt in Hillbrow, the Café Europa, is about to close its doors; the familiar old South Africa is already gone. Standards, he grumbles, are in decline, so bad-tempered, conservative Tearle embarks on a grandiose plan to enlighten his fellow citizens. The results are disastrous, hilarious and poignant.
The Restless Supermarket, hailed as a classic novel of the South African transition, was awarded the Sunday Times Fiction Prize in 2002. 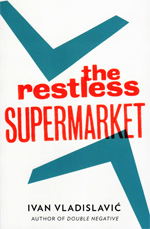 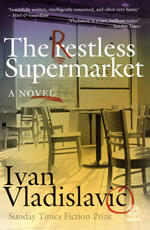 EXTRACT
Settling Fluxman in his study, Munnery went off to pour them each a whiskey from the bottle his guest had brought. As soon as he found himself alone, Fluxman rose from the armchair he had been pressed down in and turned about on the mat, gaping in amazement. The room was papered with printed sheets. Not just the walls but the door, the window behind the desk, the cupboards, the shelves, the desk itself – every surface had a page stuck to it. There were even papers pinned to the ceiling, with their edges curling downwards, and untidy stacks on the floors, weighted by rusty cogs and crankshafts and lumps of wood, with their edges curling upwards. Between the reciprocal curves of ceiling and floor, Fluxman felt curiously suspended, like an afterthought in brackets. The papers rustled and waved, making visible an imperceptible breeze, and it seemed as if the room was breathing uneasily and muttering to itself.
Years of practice had made of Fluxman a shameless scrutineer. He stepped closer to the wall and examined the peeling skin. Glacier ~ granite ~ grasslands ~ grike. It was Munnery’s ‘Dictionary of Geographical Terms’. His life’s work. The page proofs. Simoom ~ sinkhole ~ slickensides ~ solifluction. Fluxman tugged at a few dog-ears. Every page was securely attached with tacks or loops of tape, drawing pins or tees. Munnery had been known as the most fastidious of proofreaders, a stickler for sequence and consequence, a meticulous keeper of order. Finding the great project of his life in this disarray shook Fluxman. Perhaps he had come just in time. Or was he already too late?
When Munnery returned with the drinks, he found his colleague tactfully seated, flipping through the Phone Book, which he had taken from his rucksack. 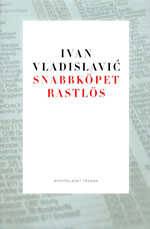